There is a space race going on in the commercial sector. Private space companies are racing to see who can be the first to bring space travel to the general public. Orbital Sciences completed what NASA is calling a “historical milestone” by being only the second private space travel company to successfully send a ship to the International Space Station, aka ISS.

The spacecraft, known as Cygnus, was an unmanned ship filled with 1,300 pounds of supplies. In a few weeks the spacecraft will depart from the ISS and self-destruct. Because of this success, NASa has committed to spending $1.9 billion on Orbital projects over the next few years. 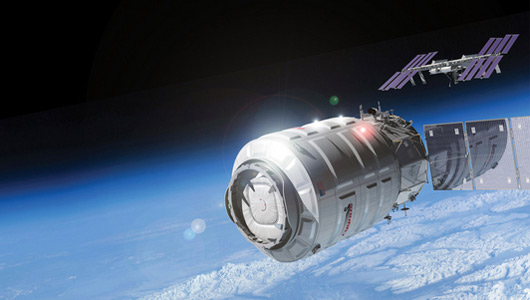 It’s sad, but since the government is essentially ceasing all spaceflight funding to NASA, it’s having to make use of private space companies that will likely replace the agency entirely in the next couple of decades, if not sooner. The government is pretty much funding the private sector indirectly through NASA.

NASA has made a ton of technological advancements that have bettered society and out understanding of the universe in which we live. But I guess all good things must come to an end eventually.

What are your thoughts on the privatized space industry?