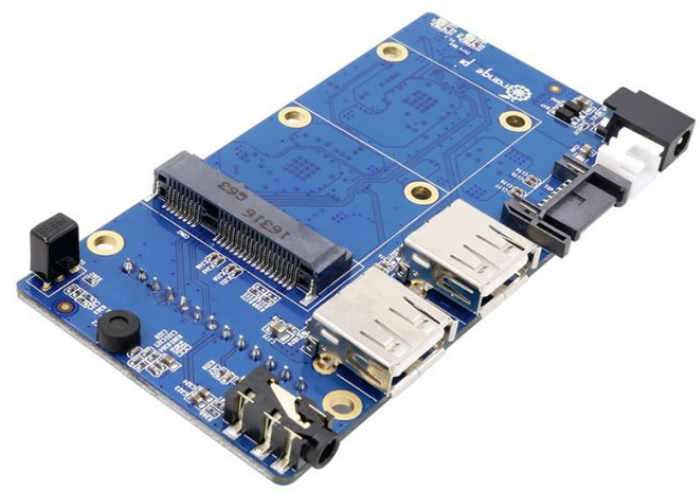 Users of the $7 Orange Pi Zero mini PC that would like to add a little extra functionality, can now purchase an expansion board in the form of the Orange Pi Zero NAS which is also priced at $7.

To recap the Orange Pi Zero mini PC is equipped with a quad-core processor supported by 256MB of RAM and is fitted with a handy Ethernet jack and a USB port.

The Orange Pi Zero NAS Expansion Board which adds support for SATA and mSATA storage devices, together with two additional USB 2.0 ports, a 3.5mm audio jack and composite video output.

• Storage – 1x SATA port, 1x mSATA port both through a JMS578 USB 3.1 to SATA bridge with UAS support each, which should be better than some other USB to SATA solution despite only being connected to a USB 2.0 interface.
• USB – 2x USB 2.0 ports
• Video & Audio Output – 3.5mm AV jack with composite video (TBC) and stereo audio
• Misc – Microphone and IR receiver
• Header – 13-pin female header connecting to OPi Zero board 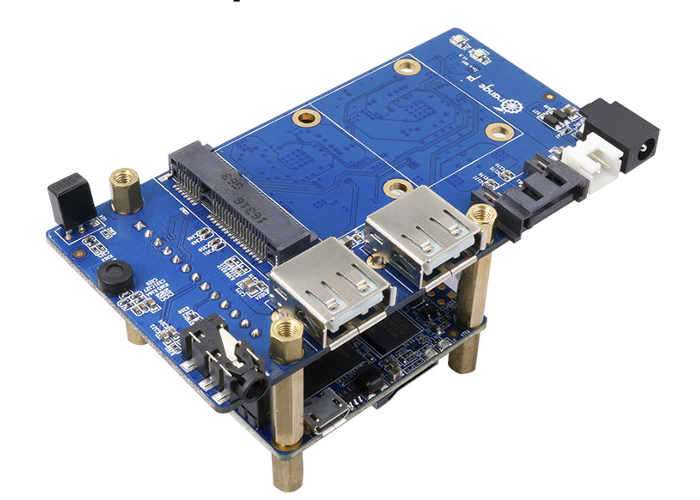