Earlier this week the Oppo N1 was unveiled as the very first smartphone to come pre-installed with CyanogenMod as an option.

The Oppo N1 smartphone is powered by a 1.7GHz quad core Qualcomm Snapdragon 600 processor supported by 2GB of RAM and running a Adreno 320 GPU. 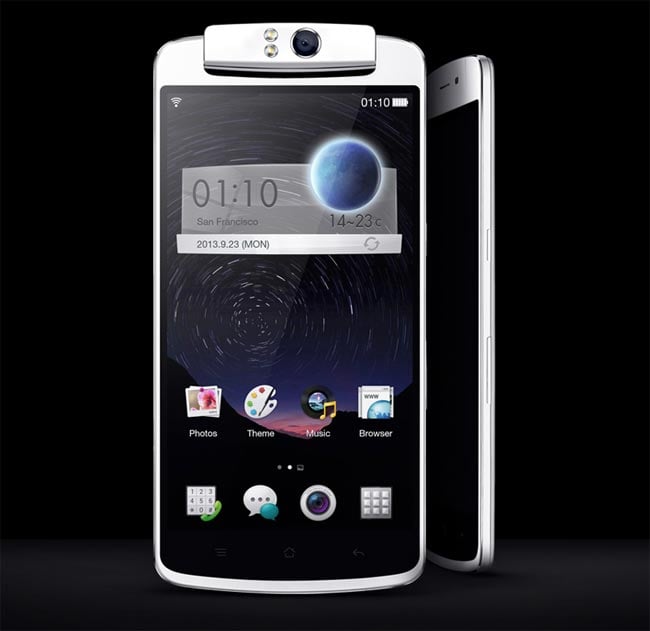 The first CyanogenMod smartphone include a full HD 5.9 inch display with a resolution of 1920 x 1080 pixels, together with a 13 megapixel camera that can be swivelled to be used as either a front facing or rear facing camera.

Other features include 5G WiFi, WiFi Direct, WiFi Display, GPS and Bluetooth 4.0 connectivity and the handset measures 170.7mm by 82.6mm by 9mm and weighs in at 213g. Check out the video below for a first hands on look at the Oppo N1 smartphone in action, thanks to the Android Authority team.