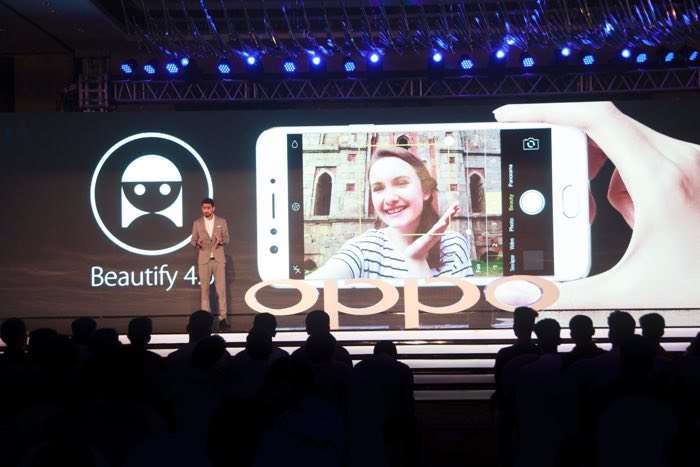 The F3 Plus was launched back in March and now Oppo has launched a smaller version of the handset, the Oppo F3.

The Oppo F3 is equipped with a 5.5 inch display with a Full HD resolution of 1920 x 1080 pixels and the handset is powered by an octa core MediaTek MT6750T processor.

Other specifications on the Oppo F3 include 4GB of RAM and 64GB of built in storage, there is also a microSD card slot which supports up to 128GB cards.

On the back of the handset there is a 13 megapixel camera with a dual tone LED flash for photos and videos.

The new Oppo F3 comes with a 3200 mAh battery and comes with Oppo’s ColorOS 3.0 which is based on Android Marshmallow.

The Oppo F3 will go up for pre-order in India from today and it will launch on the 13th of May, it will retail for INR 19,990 which is about $310 at the current exchange rate.