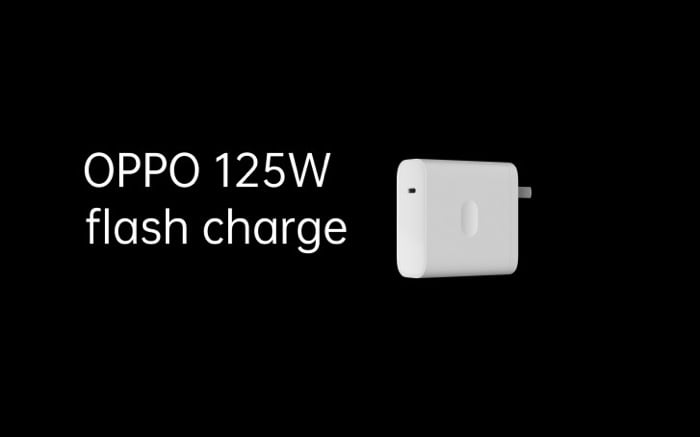 Oppo has announced its new 125W Flash Charge for smartphone, the company has said that it can charge a 4000 mAh battery to 41 percent in just five minutes.

The new fast charging feature will be able to charge a 4000 mAh battery from zero to 100 percent in just 20 minutes, this sounds impressive.

The new technology will use three parallel charge pumps to split the power and it also comes with 10 additional temperature sensors for added safety.

The also announced a new AirVOOC wireless fast charge which can charge the same 4,000 mAh battery wirelessly in just 30 minutes.

We can expect to see Oppos’ latest range of fast charging technology in its future smartphones, these new charging speeds are impressive.