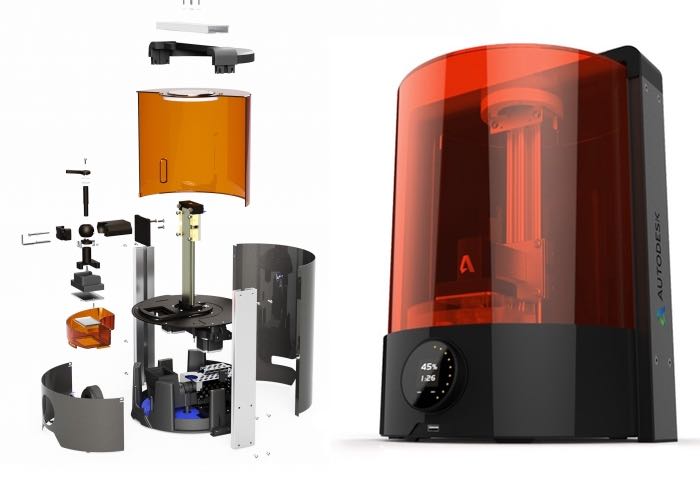 Earlier this year Autodesk announced that they would be making their Ember 3D Printer open source and keeping to their promise and following up on the release of the formula for its PR48 resin a few months ago.

Autodesk has this week released the complete mechanical files for its Ember 3D Printer, baling anyone to see how it is constructed, its internal design and components.

The full design files of Autodesk Ember Fusion 360 are now available for anyone to freely view, download, inspect and modify as they see fit. The Fusion 360 designs have been released under the Creative Commons Attribution-ShareAlike license, that is the same license Arduino uses to open source their development board designs. Autodesk explains more :

“A year ago, we announced Spark and our intention to design and manufacture a 3D printer. At the time, we didn’t even have a name for the printer, but we did have a vision for providing an extensible platform and sharing the source of our work to inspire others to create new approaches to 3D printing software, hardware, and materials. Today, we’re taking another step on that path, and I’m excited to share Ember’s mechanical design files.”

To download the complete mechanical files for the Autodesk Ember Fusion 360 printer jump over to the Autodesk website here.