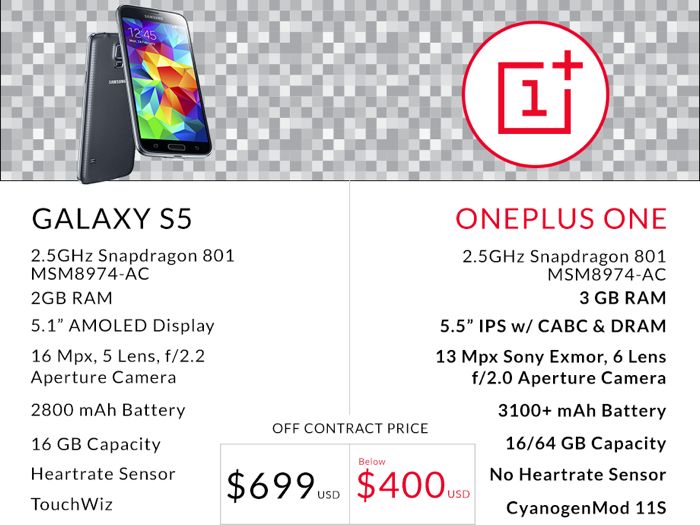 So far we know that the OnePlus One will come with a 5.5 inch IPS display with a resolution of 1920 x 1080 pixels, the device will be powered by a quad core 2.5GHz Snapdragon 801 processor.

Other specifications on the OnePlus One include 3GB of RAM, 16 or 64GB of built in storage, a 13 megapixel Sony Exmor camera and a 3,100 mAh battery.

The OnePlus One will be made official on the 23rd of April, the handset will be the first CyanogenMod only smartphone, and it will come with CyanogenMod 11s which is based on Android 4.4 Kit Kat.