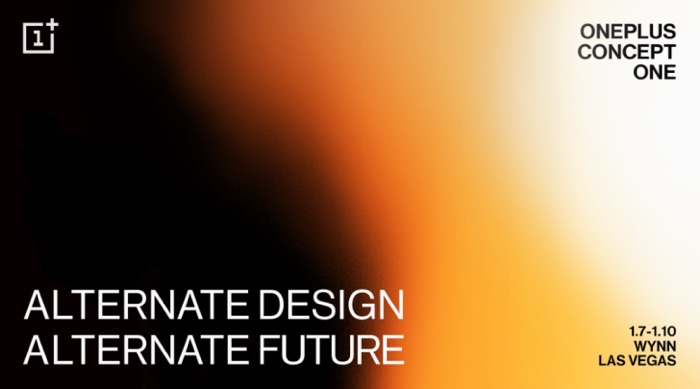 The Consumer Electronics Show takes place in Las Vegas in January and now it looks like OnePlus will be showing off a new devices at the event, a OnePlus Concept One smartphone. The company is celebrating six years since they launched.

The smartphone makers has revealed that it will showing off a new experimental smartphone at the Wynn Las Vega from the 7th of January 2020 to the 10th of January.

OnePlus’ aspirations in technology have evolved from creating peerless flagship phones to finding the true potential of every technology. Now, on the arrival of its sixth anniversary, OnePlus has formally announced that it will unveil its first ever concept phone, the OnePlus Concept One.

The name itself, Concept One, is a clear promise that this device is only the first in a series to come and shows OnePlus’ commitment to applied, innovative technology – bringing users an ever smoother, faster, and more “burdenless” experience. The OnePlus Concept One, demonstrates a vision of both new technology and alternate design approach for the future of smartphones.

It will be interesting to find out more details about this new concept smartphone from OnePlus, as soon as we get some more information on the device, we will let you guys know.