It looks like we have some details on the next flagship smartphone from OnePlus, the OnePlus 9 Pro.

The handset recently appeared on the Geekbench benchmarks with the model number LuBAn LE2117. 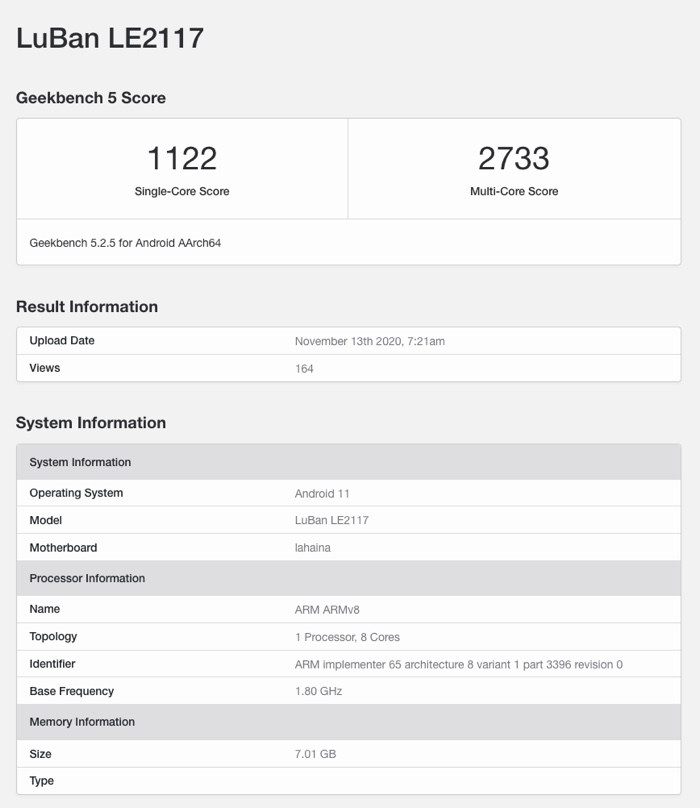 The device is listed with the new Qualcomm Snapdragon 875 mobile processor and it is also listed with 8GB of RAM, we are also expecting the device to have other RAM options. Those are the only details we have about the device at the moment.

Qualcomm have not made their new Snapdragon 875 processor official as yet, we are expecting the processor to be made official next month.

The new OnePlus 9 flagship range of smartphones is expected to launch some time in March of 2021. As soon as we get some more information on exactly what OnePlus has planned for these new flagship smartphones, we will let you guys know.