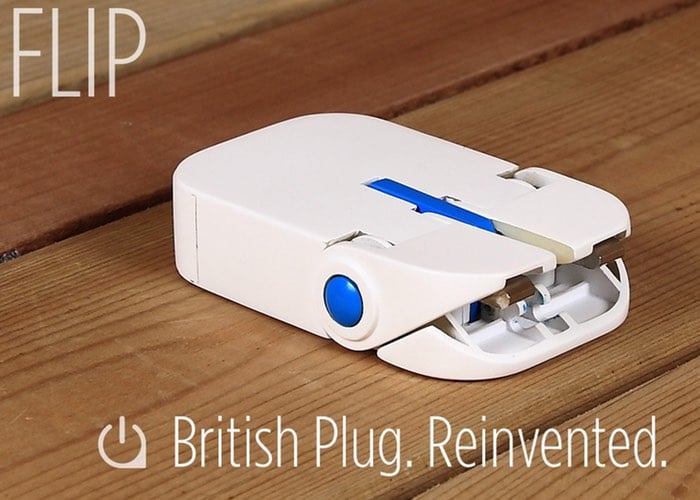 Oneadaptr has taken it upon themselves to reinvent the British three pronged plug and have designed a fold flat device which brings the plug into the 21st-century.

The new British UK plug is one third of the size of the original British flag and incorporates a folding design that protects the pins from scratching other items as well as being equipped with USB ports and a handy power bank.

Watch the video below to learn more about this unique and possibly revolutionary redesign of the humble British plug that has taken to Kickstarter to raise £15,000 to go into production.

The original British plug was a brilliant design at the time of invention. However, it is too bulky and lacks some required modern features for today’s ultra-thin, power-hungry mobile devices. Does this look familiar to you?

While many have tried to improve the design of British Plug, we felt none really strikes a good balance between size, ease of use and features.

Introducing Flip, a thinner modern-day update to the British plug by OneAdaptr. Not only Flip is a third of the standard British plug’s size, it has USB ports and power bank for today’s high-tech mobile devices.

Priced at just £7 for early bird backers the new Flip plug is available at various price points which can be viewed via the link below.