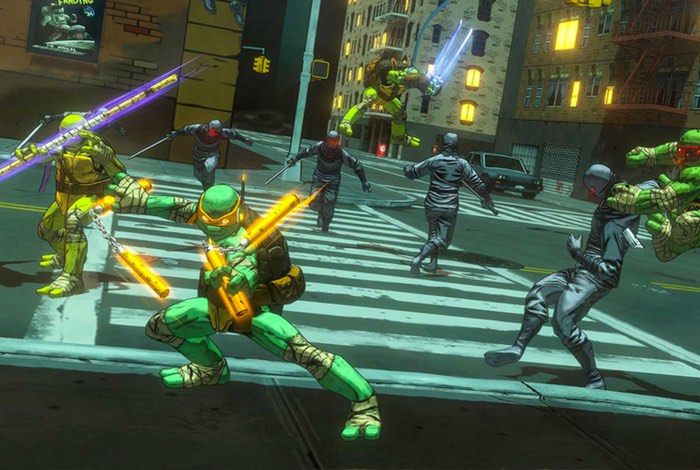 Following on from the leaked trailer accidental released by Microsoft a little earlier than planned at the beginning of this week for the new Teenage Mutant Ninja Turtles Mutants in Manhattan game.

The games publisher PlatinumGames has now released a high resolution ‘official’ trailer for the upcoming TMNT game which is gearing up to be the best to date.

The Teenage Mutant Ninja Turtles Mutants in Manhattan game will be launching later this year during the summer months of 2016 and Robert Cooper from PlatinumGames explains more about what you can expect.

If you’ve ever played a title from PlatinumGames, you’ll feel right at home with this one. The combat is fast-paced, silky smooth, and customizable. Each Turtle’s distinctive fighting style compliments the others’ during an online co-op campaign, but you’ll need to select your teammates carefully. Co-op games require constant communication and collaboration, so you probably shouldn’t partner up with that friend who doesn’t reply to text messages for weeks at a time.

Fans of the comic book series will definitely be familiar with the game’s art. PlatinumGames’ took a lot of inspiration from TMNT artist Mateus Santolouco, combining his distinctive style with their signature visuals, animations, and combat. Also, did I mention Bebop and Rocksteady? Shredder’s long-time accomplices are making their way back to the video game realm, along with a slew of other iconic enemies. And, for the record, the boss fights are crazy. Every boss has a collection of specialized maneuvers and weapons, forcing players to devise a unique plan of attack and adjusting that plan when everything goes wrong.

As soon as more details are announced regarding an exact release date we will keep you updated as always.