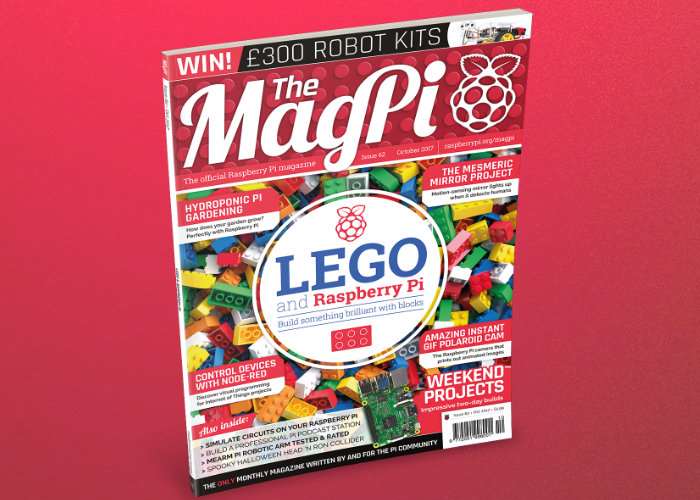 The official Raspberry Pi magazine has once again launched a new issue in the form of number 62 which this month features projects combining LEGO the awesome Pi mini PC.

Inside MagPi issue number 62 you will find tutorials from Dexter Industries, such as a Rubik’s cube-solving robot and a special automaton that balances on two wheels.

In our cover feature you’ll find fun tutorials from our friends at Dexter Industries, such as a Rubik’s cube-solving robot and a special automaton that balances on two wheels. We also show you how to build a retro console case for your Pi out of LEGO, and we have eight other projects to inspire you to make your own incredible brick creations.

Grab the latest issue of The MagPi from WH Smith, Tesco, Sainsbury’s, and Asda. If you live in the US, check out your local Barnes & Noble or Micro Center over the next few days. You can also get the new issue online from our store, or digitally via our Android or iOS app. And don’t forget, there’s always the free PDF as well.