The new upcoming Prototype 2 game currently under development by Radical Entertainment, will be arriving in stores next week on April 24th for Xbox 360, PS3 and PC. To whet your appetite for its release, Activision have released a new official Prototype 2 film called The Power of Revenge for you to enjoy.

The new Prototype 2 game is set in an open-world and provides gamers a third-person view. A new feature in the latest sequel to the original Prototype game launched 2009, is the addition of tendrils. Which sprout from the gamers arms and can be used for a number of different purposes. 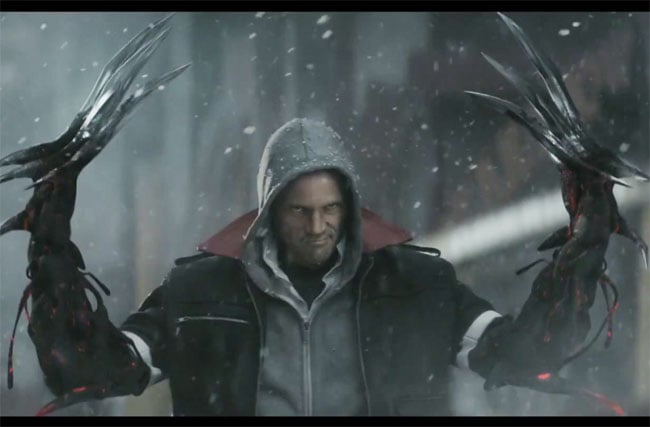 Such as stringing up enemies in “webs”, much like the abilities of Spider-Man, to make enemies vulnerable for further attacks, or they can be used to smash other huge objects together, such as cars and tanks.

“The main character of Prototype 2 is Sergeant James Heller, a man who blames the deaths of his family on Alex Mercer. After surviving a suicide mission and being transformed into the virus by Alex Mercer, Heller is looking to kill Mercer, who acts as the game’s main antagonist. Due to the mutation of the virus, Heller is not completely like Mercer. The virus’ mutation has granted it tendrils, which makes Heller’s appearance more fluid and organic than Mercer’s black and red, metallic coloration.”