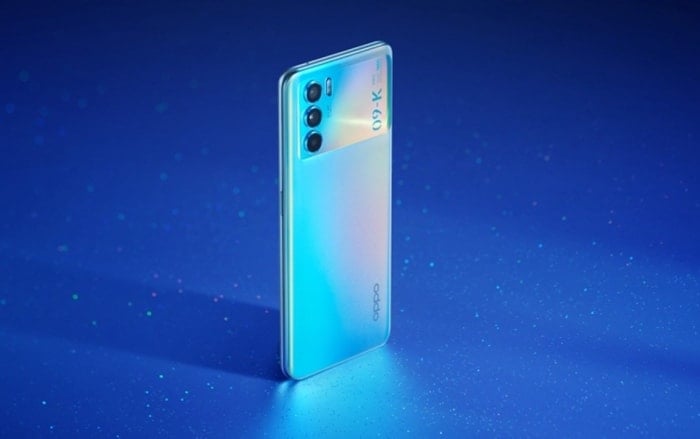 Oppo will be launching a new Android smartphone later this month, the Oppo K9 Pro and the handset has now been revealed in some leaked photos.

The photos are apparently official photos of the new Oppo K9 smartphone and they have been revealed by a retailers website.

The device previously appeared at TENAA which is the Chinese equivalent of the FCC and now the handset has turned up again.

As we can see from the photos the handset will come with three rear cameras, these will include a 64 megapixel main camera for photos and videos. There will also be an 8 megapixel ultrawide camera and a 2 megapixel camera on the back.

The handset will apparently be powered by a MEdiaTek Dimensity 1200 processor and it woll also come with a choice of up to 12GB of RAM. The exact size of the display is not known as yet, although it will feature an under display fingerprint sensor.

Oppo will be holding a press event for the 26th of September where they will be making their new Oppo K9 Pro smartphone official. We will have full details on the handset then including a full list of specifications and also information on pricing and more.