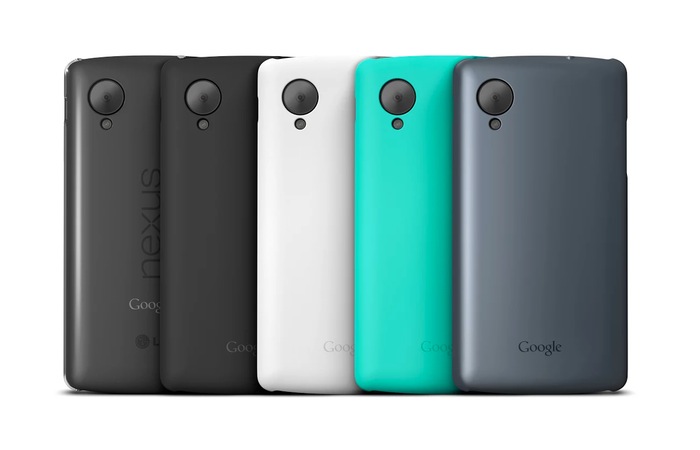 Nexus 5 owners patiently waiting for the official Nexus 5 Snap Case to be launched by Google will be pleased to know that the new lightweight, durable case for your Nexus 5 smartphone is now available to purchase directly from the Google Play Store for $29.99 in the US.

The new Nexus 5 Snap Case is available in the range of four colours to choose from shown in the image above and is also available as a clear case.

Colours for the new Nexus 5 Snap Case include Black, White, Aqua, Silver and Clear. To re-cap the Nexus 5 smartphone is equipped with a 4.95 inch display sporting a resolution of 1920 x 1080 pixels, and is powered by a Snapdragon 800 chipset clocked at 2.3Ghz with Adreno 330 GPU, supported by 2GB of RAM on board.

LG Nexus 5 comes with a 8 megapixel rear camera with optical image stabilisation, together with a 2 megapixel front-facing camera. As well as options for either 16 or 32GB internal storage although there’s no support for microSD card slot for expansion.

Google Nexus 5 Snap Cases are now available to purchase in the US for $29.99 from the Google Play Store.