As the Oculus Rift continues to edge closer to a final retail release more and more games are beginning to add support for the new Oculus Rift virtual reality headset and the latest is War Thunder.

War Thunder is a multiplayer combat flight simulator developed by Gaijin Entertainment and is currently in its open beta stage pot development with over 2 million registered players currently enjoying the game. Check out the video after the jump to see what its like playing with the Oculus Rift headset. 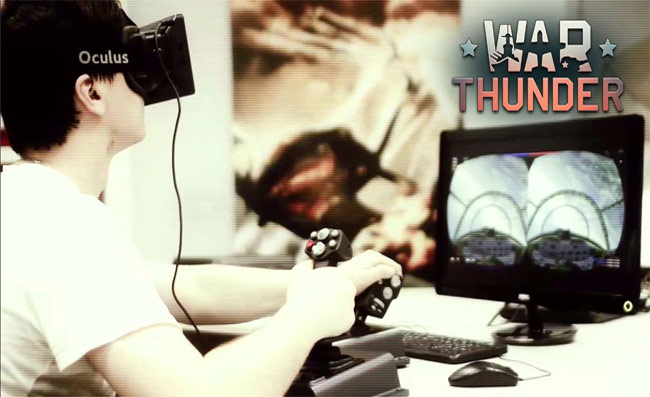 The Oculus Rift is a high field of view (FOV), low-latency, consumer-priced virtual reality (VR) head-mounted display (HMD) that is currently being developed by Oculus VR and made a huge impact on the Kickstarter crowd funding website when it recently held a campaign that raised over $2.4 in pledges to fund the Oculus Rift developer kit.

A consumer-oriented Oculus Rift 2.0 virtual headset is in development, which will be aimed at a general market and feature improved components, with mproved head tracking, weapon tracking, 1080p resolution. But unfortunately no information on pricing or worldwide availability has been released as yet, however as soon as information comes to light we will keep you updated as always.