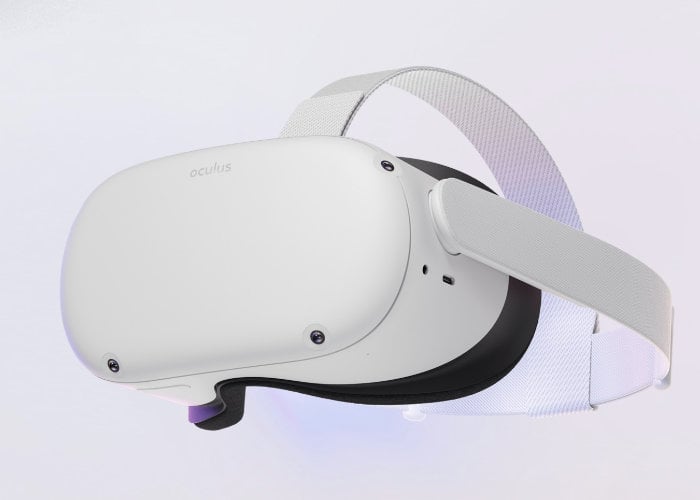 If you are considering purchasing Facebook’s Oculus Quest 2 virtual reality headset, you will be interested to know that you will need to sign up for a Facebook account to be able to use the headset if you don’t already have one. If this worries you in anyway due to all the negative press Facebook has received over the past 5 years, it might be worth looking elsewhere for your virtual reality hardware.

“Believe it or not, the Oculus Quest 2 is Facebook’s fifth VR headset in four years (not counting Gear VR and its million variations) following the Oculus Rift, Go, Rift S and Quest. But, while the headset is arguably the company’s best yet, not every aspect is improved over its predecessors, often in some surprising ways.” If you already embedded in the Facebook business model and are quite happy with their practices the UploadVR website has created an in-depth comparison of the Oculus Quest 2 vs other VR headsets on the market.

“Quest 2 requires your Facebook account to log in, making it easy to meet up with friends in VR and discover communities around the world. You can explore as yourself or choose a new name by creating a unique VR profile.”

The Quest 2 is a lighter and more comfortable headset than the original Quest. It weighs 503g compared to Quest’s 588g, and you definitely notice the difference on your face. But it’s about 30g heavier than the Oculus Go, which only offers simplistic 3DOF tracking. The original Oculus Rift was also lighter at 470g though obviously had a cable tugging at your head.