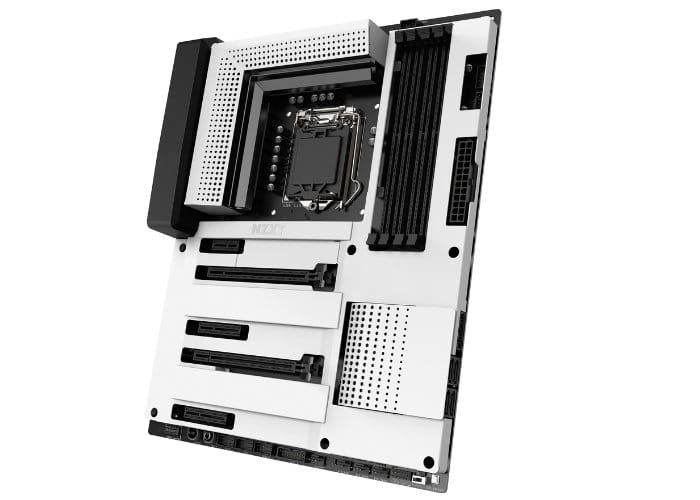 Thanks to the overwhelming positive feedback from customers since the unveiling of the NZXT N7 Z370 motherboard and it being showcased at this year’s CES 2018 technology event. Its manufacturer NZXT has this week announced it has adjusted the pricing of the motherboard, reducing the retail price from $300 down to $250 with immediate effect. The NZXT N7 Z370 ATX motherboard is now available to preorder and is expected to start shipping throughout Europe and the US by the end of January 2018. NZXT Explains that customers who have already pre-ordered the new motherboard will automatically receive the discount prior to shipping.

To recap the NZXT N7 Z370 motherboard offers a number of exclusive features including being powered by CAM, NZXT’s control, and monitoring software. As well as offering 2 RGB lighting channels using HUE+ technology, 9 digital PWM fan channels based on GRID+ technology, all-metal motherboard cover finished using the same paints and processes as their cases together with optional heatsink covers finished matching NZXT’s case colourways, allowing you to create your perfect custom rig with all matching components.

The N7 Z370 motherboard is compatible with Intel 8th Generation Core i7, Core i5, and Core i3 processors and is Intel Optane Memory Ready with two M.2 connectors, as well as offering Multi-GPU support with NVIDIA SLI and AMD CrossFireX technologies. The motherboard also supports memory overclocking speeds of up to 3866+ MHz and Intel XMP 2.0. For full specifications jump over to the official NZXT website by following the link below.