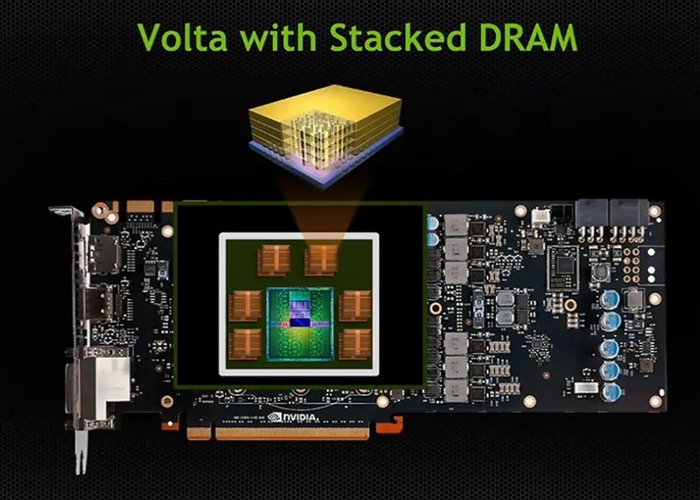 Following on from the launch of the 12GB TITAN X Pascal graphics card last week, which will be available to purchase from August 2nd 2016, priced at a staggering $1,200. NVIDIA is pushing hard to launch its next-generation graphics card architecture, and is expected to unveil “Volta” early than expected during May 2017.

NVIDIA was expected to officially debut its new Volta architecture sometime in 2018 but is pushing hard to leave competition in the dust by launching the new technology ahead of schedule. NVIDIA is expected to launched Volta first debut with HPC products before moving to the consumer graphic segment.

The Tech Power Up website explains a little more :

NVIDIA could also retain the 16 nm FinFET+ process at TSMC for Volta. Stacked on-package memory such as HBM2 could be more readily available by 2017, and could hit sizable volumes towards the end of the year, making it ripe for implementation in high-volume consumer products.

For more information on the new NVIDIA Volta architecture jump over to the WCCF website for details by following the link below.