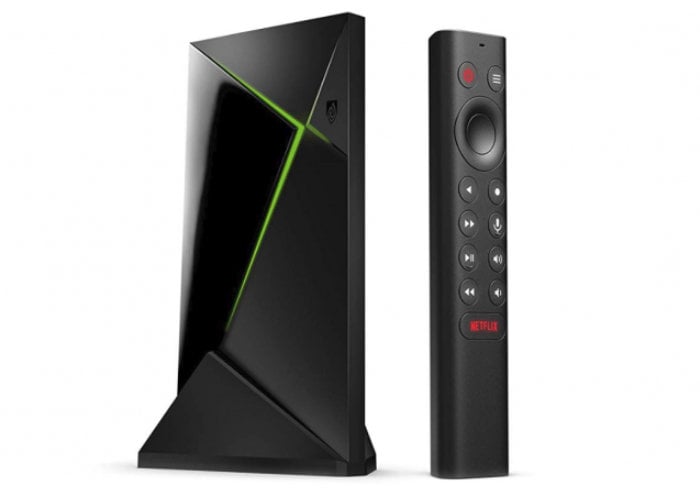 After unfortunately going on sale at Best Buy a little earlier than expected, NVIDIA has this week announced the official launch of its new NVIDIA Shield TV and Shield TV Pro hardware. Both models include the new Tegra X1+ processor tomprovide users with up to 25% more performance than the previous generation. The new NVIDIA Shield TV priced at $149)and Shield TV Pro priced at $199 replace the existing Shield TV generation of hardware, originally launched back in 2017.

Together with support for Dolby Atmos decode and Dolby Vision and an AI-powered upscaler, to deliver clearer video enhanced from HD to 4K resolution in real-time, to bring 1080p content to life in a more vivid 4K. The base model features a redesign, intended to blend in and disappear behind entertainment centers. As thought last week the NVIDIA Shield TV Pro retains the same compact design of the 2017 model and continues to include 3GB of memory, a 16GB hard drive and two USB ports for enthusiast gaming and streaming features such as advanced local gaming or to run a Plex Media Server.

“An Android TV device, SHIELD provides access to a TON of content – over 500,000 movies and shows and more than 5,000 apps and games through Google Play. With a new Play Store UI on the way, discovering all this great content is about to get much easier. And since it’s an Android device, it’s the perfect companion for your Google-connected lifestyle. With the Google Assistant you get access to your Calendar, Photos and more. With Chromecast you get access to an even greater library of apps. And now, the Google Assistant supports Routines on SHIELD.

SHIELD is a supported platform for the GeForce NOW cloud gaming beta. An engineering breakthrough for cloud gaming, GeForce NOW instantly transform your SHIELD into a GeForce-powered PC gaming rig. With hundreds of supported titles and features like cloud saves and cross-play on laptops and desktops, you can pick up a game from wherever you left off. The future is yours to dominate.”

“NVIDIA pushes the boundaries of how media and entertainment are consumed in the home,” said Shalini Govil-Pai, senior director of Product Management for Android TV, at Google. “By bringing together Dolby Vision and Dolby Atmos with Android TV, users of the new SHIELD TV media players receive an unmatched experience that well represents our platform’s rich content and capabilities.”