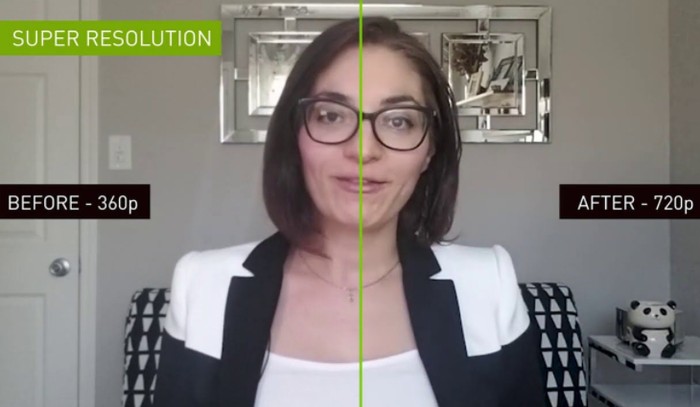 NVIDIA has this week published details on how you can use its artificial intelligent based beers dual features included in the NVIDIA Maxine Video Effects SDK to improve low resolution video streams as well as providing details on how you can create your very own AI powered virtual background. NVIDIA Maxine is a GPU-accelerated SDK with state-of-the-art AI features for developers to build virtual collaboration and content creation applications such as video conferencing and live streaming.

NVIDIA has created the Maxine Video Effects SDK to help transform noisy, low-resolution video streams into pleasant user experiences. To learn more about how you can use the companies technologies to improve your low resolution video stream jump over to the official NVIDIA developer blog by following the link below.

“Learn how to create a virtual background of your choice in 3 simple steps with the NVIDIA Maxine Video Effects SDK’s API. You can process media, define the camera resolution and codec, select the AI Green Screen (AIGS) configuration you like, and more. Try it yourself, and let us know your feedback!”

“Maxine’s AI SDKs—Video Effects, Audio Effects, and Augmented Reality (AR)—are highly optimized and include modular features that can be chained into end-to-end pipelines to deliver the highest performance possible on GPUs, both on PCs and in data centers. Maxine can also be used with NVIDIA Riva, an SDK for building conversational AI applications, to offer world-class language-based capabilities such as transcription and translation.”