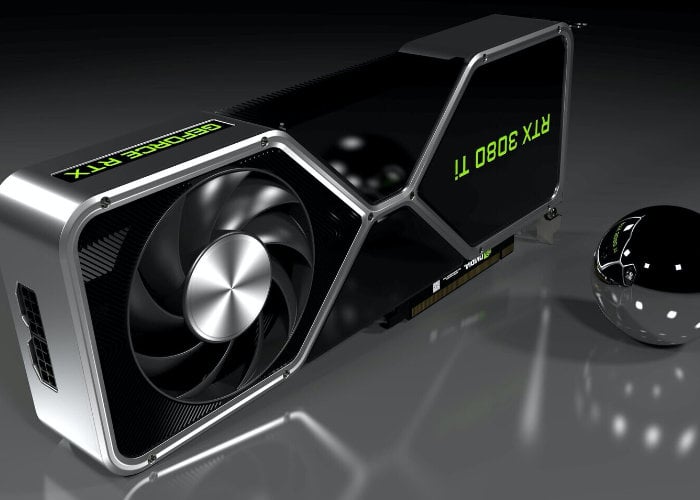 Rumours are circulating stating that NVIDIA is preparing to launch its new GeForce RTX 3000 series “Ampere” graphics card, which will slot in between the companies flagship GeForce RTX 3090 and the slightly more affordable and less powerful RTX 3080 graphics card. Taking the form of the GeForce RTX 3080 Ti, rumours are suggesting the new card will be based on GA102-250-KD-A1 GPU core, with a PG133-SKU15 PCB design scheme and the GPU will feature the same 10496 CUDA core configuration as the current RTX 3090. The TechPower Up website explains more.

“The sources are reporting that the card will be launched sometime in January of 2021, and it will come at $999. This puts the price category of the RTX 3080 Ti in the same range as AMD’s recently launched Radeon RX 6900 XT graphics card, so it will be interesting to see how these two products are competing.”

Unfortunately, no information on pricing or specific worldwide availability has been leaked or officially announced by NVIDIA as yet, but as soon as information comes to light, we will keep you updated as always.