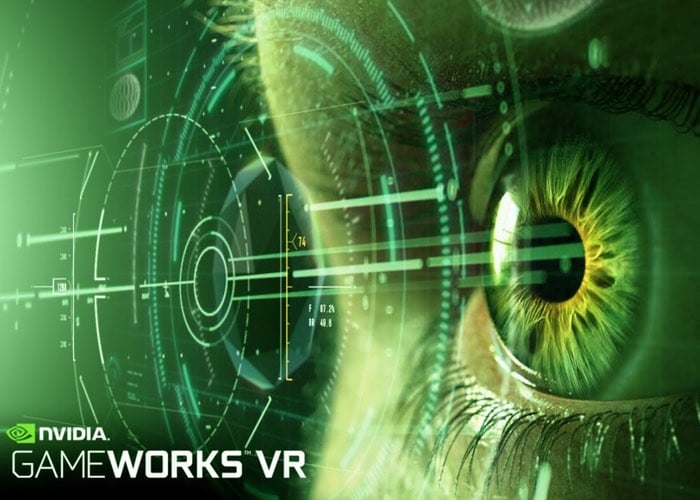 Nvidia has today announced that their new GameWorks VR Beta SDK is now available in two versions as an SDK for game and application developers, and as an SDK for headset developers

The SDK has been designed to provide developers with improved performance, lower latency and plug-and-play compatibility for virtual reality games and applications.

While the SDK for headset developers provides :

– Context Priority — provides headset developers with control over GPU scheduling to support advanced VR features such as asynchronous time warp, which cuts latency and quickly adjusts images as gamers move their heads, without the need to re-render a new frame.
– Direct Mode — the NVIDIA driver treats VR headsets as head-mounted displays accessible only to VR applications, rather than a normal Windows monitor that your desktop shows up on. This provides better plug-and-play support and compatibility for the VR headset.
– Front Buffer Rendering — enables the GPU to render directly to the front buffer to reduce latency

Nvidia is now taking registration from Application developers who can simply sign up for our GameWorks Registered Developer Program and download the GameWorks VR SDK for free. For more information on the new GameWorks VR Beta SDK jump over to the official Nvidia website for details and to register your interest.