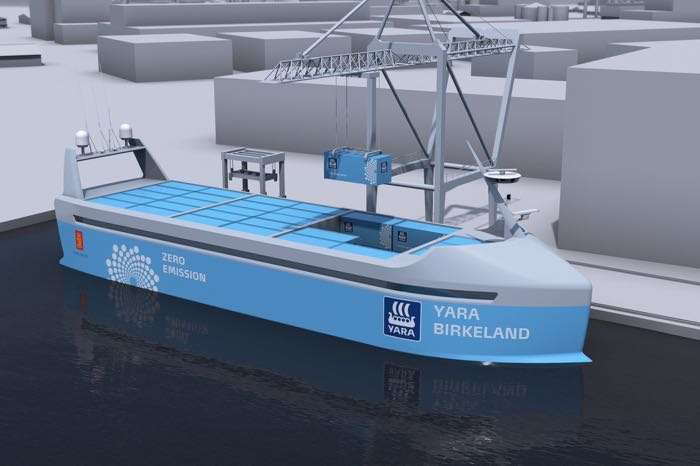 The Yara Birkland is a cargo ship that will use GPS, radar, cameras and a range of sensor to navigate itself around other boats and also dock on its own.

This new self driving cargo ship is scheduled to launch in later 2018, its first trip will be to sail fertilizer 37 miles down a fiord from a production plant to the port of Larvik.

The ship will do this with a combination of GPS, radar and a range of cameras and sensors. The boats is also powered by electric power.The Yara Birkland will cost around $25 million to build, this is about three times more than a normal ship of this size.

It certainly sounds very interesting and it could possibly be the future of cargo ships which could become self driving.