Back in October Nokia sued Apple over claims that the iPhone infringes patents for GSM, UMTS and wireless LAN (WLAN) standards, Apple subsequently filed a counter lawsuit against Nokia.

Now Nokia is suing Apple again and has filed a complaint with the U.S. International Trade Commission, and Nokia are claiming that Apple has infringed seven Nokia patents in all of its mobile phones, portable music players and computers. 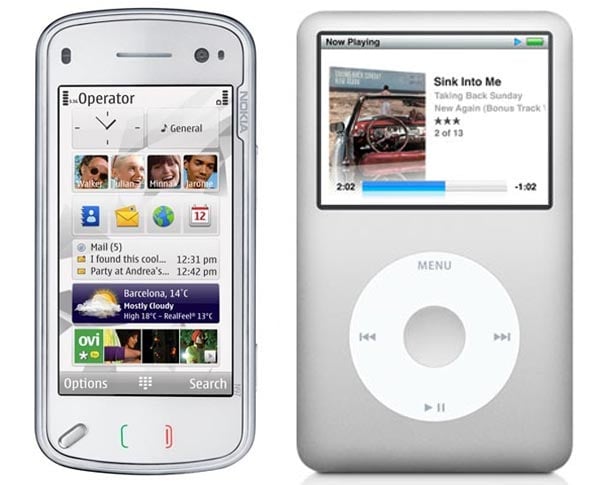 The seven Nokia patents in this complaint relate to Nokia’s pioneering innovations that are now being used by Apple to create key features in its products in the area of user interface, as well as camera, antenna and power management technologies. These patented technologies are important to Nokia’s success as they allow better user experience, lower manufacturing costs, smaller size and longer battery life for Nokia products.

So basically everything that Apple sells including the iPhone, iPods and its range of computers Nokia are accusing them of infringing upon its patents.

“Nokia has been the leading developer of many key technologies in small electronic devices” said Paul Melin, General Manager, Patent Licensing at Nokia. “This action is about protecting the results of such pioneering development.  While our litigation in Delaware is about Apple’s attempt to free-ride on the back of Nokia investment in wireless standards, the ITC case filed today is about Apple’s practice of building its business on Nokia’s proprietary innovation.”

Personally I think it is funny that Nokia has decided to sue Apple now, when Apple have passed Nokia in quarterly mobile phone profits, how long has the iPod been around? And only now has Nokia decided to allege that Apple has infringed its patents.