Smart watches are apparently the next big thing, Samsung has one, so does Sony, Google and Apple are working on one, and we previously heard that there is also a Nokia Smart Watch in the works.

The guys over at Engadget have discovered a patent from a Nokia smart watch, the device is apparently a modular smart watch that can be customized. 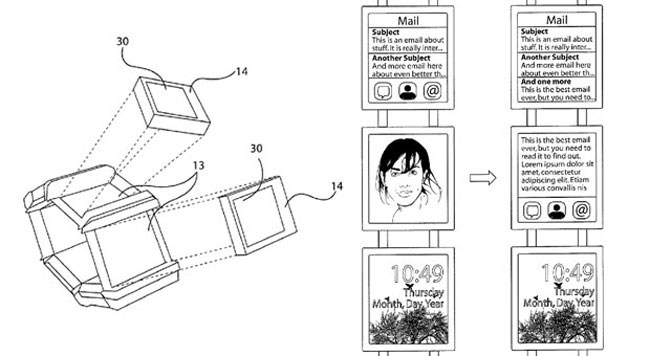 The device is obviously a Windows Phone device, as the drawings with the filing shows a Windows Phone style lock screen, of course Nokia’s smart watch may not end up being anything like the one pictured.

Microsoft are taking over Nokia, Nokia will keep their Nokia brand, and Microsoft will produce Windows Phone devices under the Lumia brand.

We wonder if this new Nokia smart watch will be released under the Nokia brand before the dea is done, or whether it will be launched under the Lumia brand by Microsoft.

We suspect that we will see a number of new smart watches from a wide range of companies over the next 12 month, whether or not these devices will end up being popular, remains to be seen.