Nokia Glance screen is one of the newly added features in the Nokia Amber update that allows users double-tap to wake the device. The feature was introduced with Nokia Lumia 925 and is now available for other Lumia devices running the Amber update. The feature normally shows a clock when the phone display is turned off, but some new features were added later that allowed users to wake up the device by waving over the screen.

Now, the folks at Nokia have released an applicaiton known Glance background that allows users to set up any background image on the glance screen of their Lumia device. 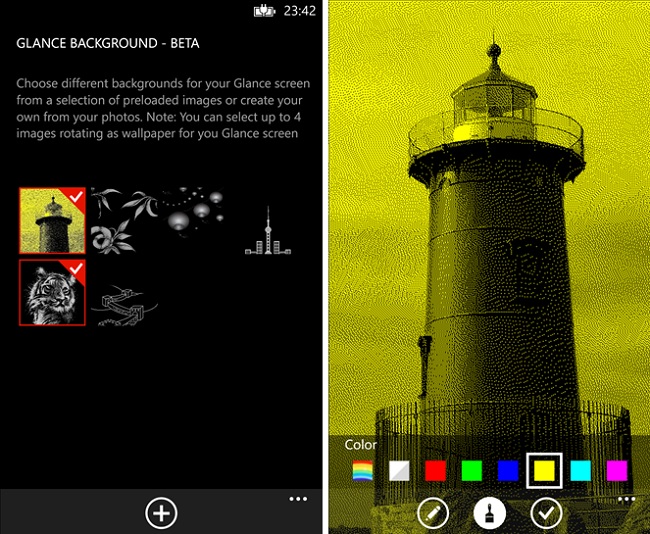 The feature of the application is the ability to set up multiple photos as Glance backgrounds – you can use up to four images. There’s an editor as well with presets that allows users to optimize their images to look better on the glance screen.