Nokia has released details of a new concept smartphone called the Nokia Gem, and what makes this concept interesting from other ones that we have seen as it features no screen.

Instead of a specific screen on the device, the whole outer surface of the device would display information, and according to Nokia, the devices appearance would change depending which feature you would use, have a look at the concept video below. 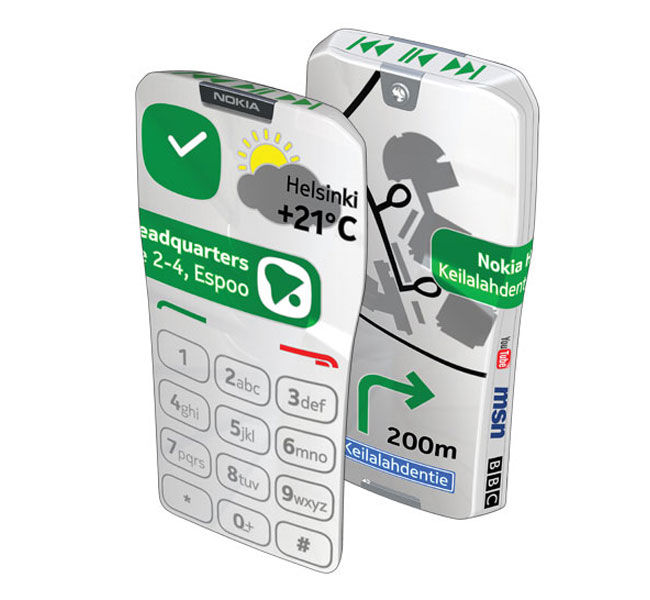 It certainly seems like an interesting idea, you can see more details on the Nokia Gem concept smartphone over at Nokia Conversations, although we suspect it will be a few years before we see devices like this being made available.