The Nokia C6 will feature a slide out QWERTY keyboard, unfortunately we don’t have any details on the exact specifications, but it will probably come with a 3.2 inch display. 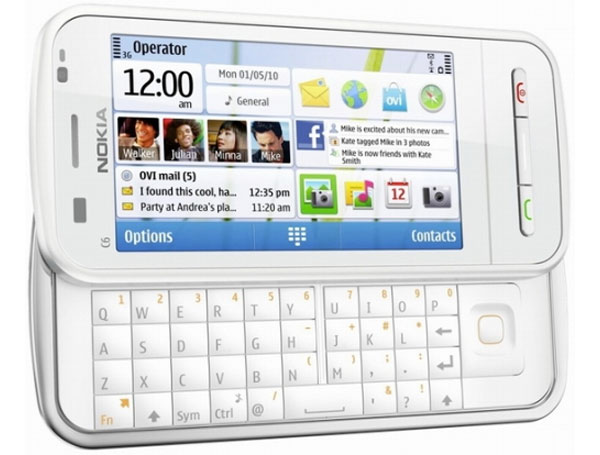 It also looks from the photo that the Nokia C6 will feature built in GPS and WiFi, plus a range of social networking features like Facebook. As soon as we get some more details on the next smartphone in Nokia’s C series we will let you guys know.