Nokia has added another smartphone to its line up with the launch of the Nokia C5. The Nokia C5 is the first mobile phone in a new range of mobiles from Nokia called the ‘C’ series.

The Nokia C5 runs the Symbian OS, and it features a 2.2 inch screen, and comes with a 3.2 megapixel camera. It comes with Nokia’s free navigation application, Ovi Maps. 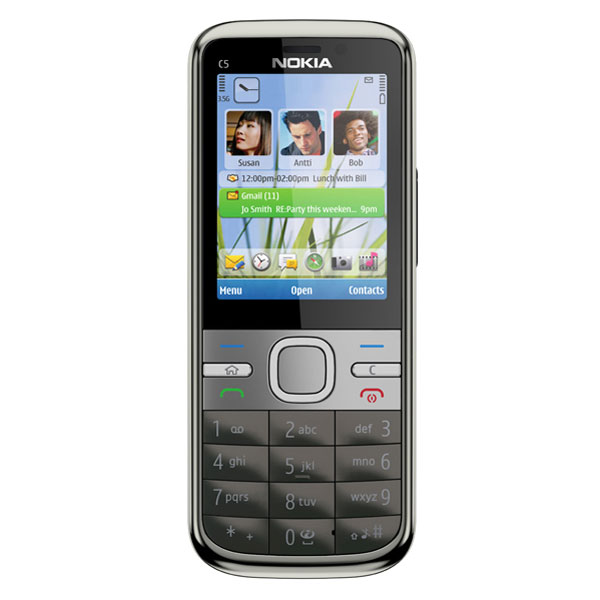 Other features on the Nokia C5 include a phone book that allows you to see your friends and contacts Facebook status’s as well as send them messages direct from the phone book.

Battery life is reported at twelve hours of talk time on a single charge. The Nokia C5 will be available in Europe in the second quarter of 2010 for 135 Euros about $182.