Last week, we saw press render of the purported Asha 500, which is expected to launch in multiple colors in the coming months. Now, a leaked press render of another Nokia device – Nokia Asha 502 – has been leaked, thanks to our very own @evleaks. 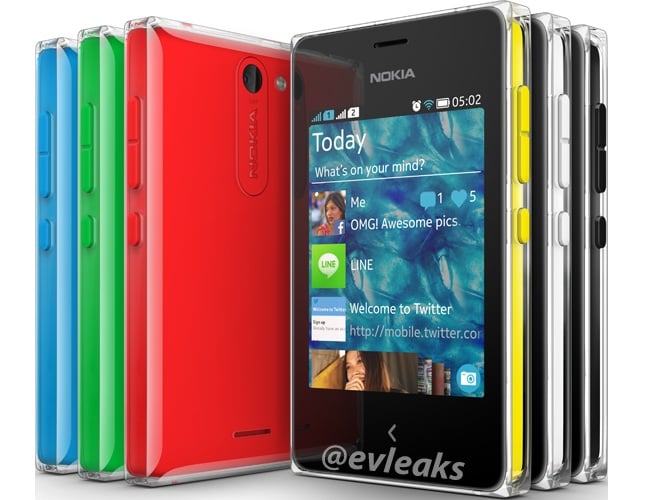 By appearance, Nokia Asha 502 looks quite similar to the purported Nokia Asha 500. However, the only visible difference is that Nokia Asha 502 features a LED flash on the backside. There are no details about the specifications it will bring at the table, but the most obvious ones seem to be dual-SIM support and WiFi functionality.

Let’s just wait and see what the Finns have planned for its users. We’ll update you if anything information comes up in the coming days.