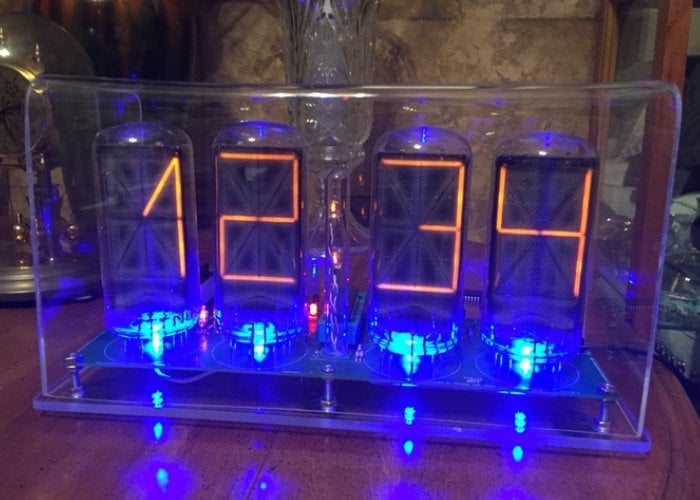 Serial Kickstarter entrepreneur Howard Constantine has returned once again to Kickstarter to launches 19th campaign to date announcing the availability to back his new 8th Generation Nixie Clock VIII complete with scrolling message and date to a Wi-Fi connection.

The Nixie Clock VIII has been created exclusively for B7971 alphanumeric nixies and is capable of displaying and scrolling text messages and date input from any wirelessly connected device. Watch the demonstration video below to learn more. Early bird pledges are now available for the PC board and microcontroller from $55 or roughly £43 with worldwide delivery expected to take place during March 2019.

“Since my firmware now has the capability to display scrolling text messages on alphanumeric tubes using a Wifi module, I wanted to design a nixie clock to exploit that feature. The B7971 nixie tubes are rare, but it seems there are still some around, and may be a lot of them just waiting for the right design! These tubes are big and beautiful, and since they are rather rare and very large, I decided a four digit design would be economical and yet more than adequate for a scrolling text nixie clock. The clock can also be used without the wifi module, but will not have the scrolling text/date feature.”

For more details and a complete list of all available pledge options jump over to the Kickstarter campaign page via the link below.