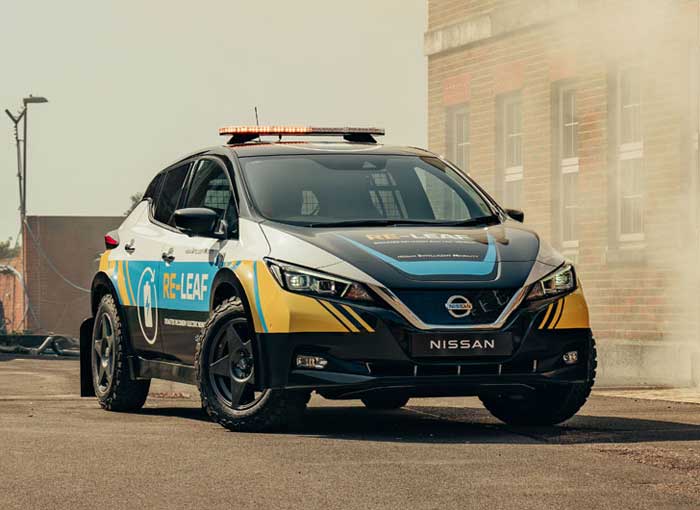 Nissan has unveiled the RE-LEAF electric vehicle, which is based on the standard Nissan LEAF. The idea behind the vehicle is to use the full electric ride as a mobile power station in emergencies or bad weather. Nissan says that when a disaster hits, the time between a power outage and power restoration is typically 24 to 48 hours depending on the severity of the damage.

The RE-LEAF would provide zero-emissions mobile power between when the power goes out and when it’s restored to support emergency operations. Nissan says that EVs can act as mobile storage batteries to supply homes in society during non-emergency situations as well using Nissan Energy Share.

RE-LEAF is based on a standard Nissan Leave passenger car but has lifted suspension to allow it to clear road debris and multiple waterproof power outlets on its exterior. It can power multiple 110 to 230-volt devices for 24 hours or more from its fully charged 62 kilowatt-hour internal battery.