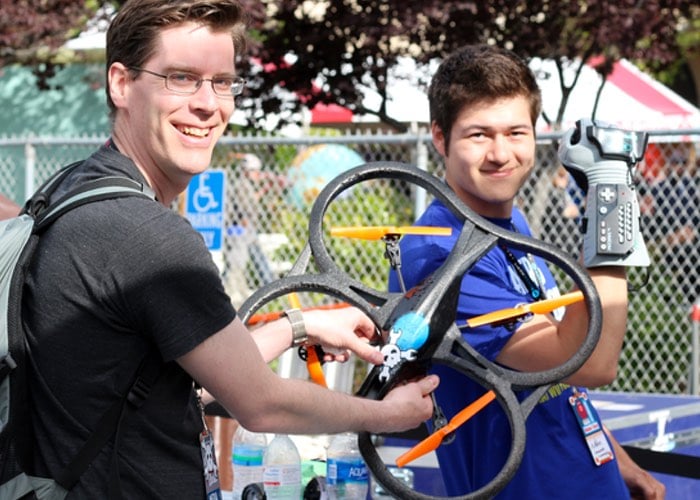 At the recent Bay Area Maker Faire, Nolan Moore demonstrated a unique way to control and AR Drone 2.0 using a hacked Nintendo Power Glove in a similar way to a wrist worn device we featured yesterday which was built back in 2014 by Josef Holmner.

The slightly more stylish Nintendo Power Glove wireless drone controller can be seen in action in the video below and the internal electronics have been replaced with a wireless controller and IMU to sense motion and sensors to record the flexing of fingers. 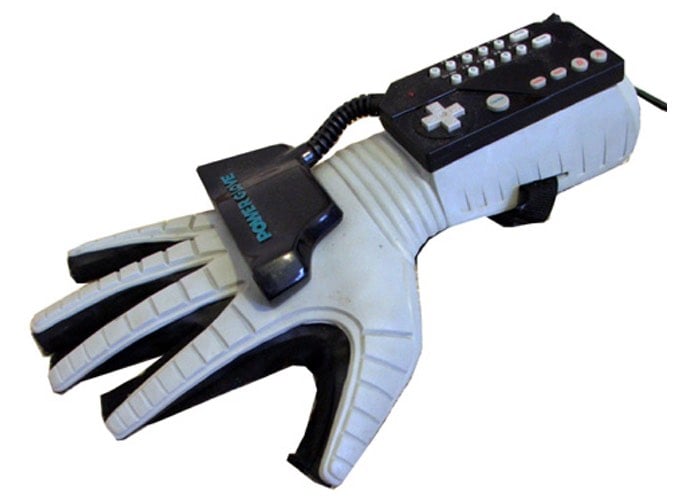 The sensors within the Nintendo Power Glove drone controller are monitored by a Teensy LC board which then sends commands over WiFi using an ESP8266 module, says its creator.