Nintendo has officially announced the Nintendo 3DS at this years E3. The Nintendo 3DS looks similar to the previous DS models, it measures 130mm x 74mm x 20mm and weighs in at 230g. 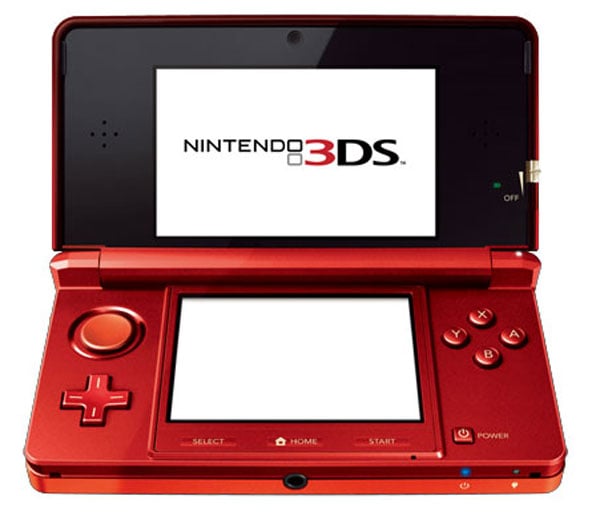 There are also three cameras in the 3DS one inner camera and two outer cameras, which have a 640 x 480 (0.3) megapixel resolution. The 3DS will come with a 2GB Nintendo Game Card at launch.

There is also integrated 802.11 WiFi, and for gaming controls there is the touch screen, a control pad, a slide pad and A/B/X/Y buttons.

Nintendo haven’t announced any pricing information as yet, as soon as we get some more information we will let you guys know.