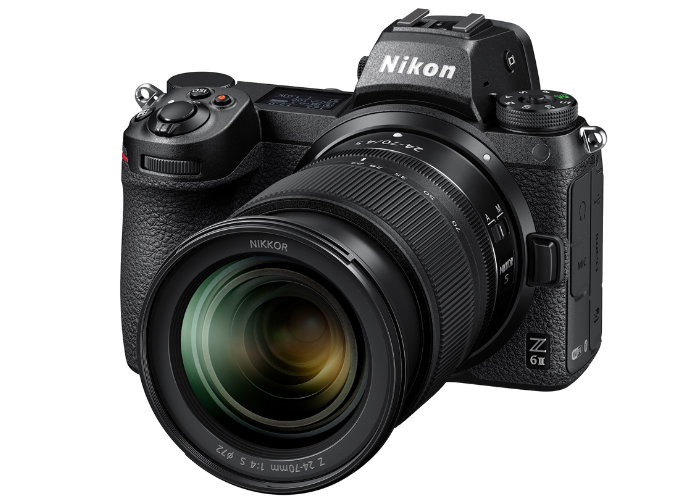 Nikon has launched their new second-generation Nikon Z6 full-frame mirrorless camera this week in the form of the Nikon Z 6II which will be available to purchase before the end of the year. The Nikon Z 6II as expected to be available early next month and will be priced from $1.999.95 for the body only.

“The Z 6II supports 4K UHD up to 30p and full-HD up to 120p. Eye-Detection AF and Animal-Detection AF can be used with video recording, enabling easy and accurate focus on the intended subject’s eye, whether the subject is human, cat, or dog. When the camera is connected to an external recorder via HDMI, 12-bit RAW video can be output in 4K UHD or full-HD format, allowing the abundant information to be utilized with color grading. Further, the N-Log function can be used with 10-bit output, while HDR video recording using the hybrid log-gamma (HLG) standard is also supported, responding to a variety of needs.”

– An effective pixel count of 24.5 megapixels and a high-sensitivity performance of ISO 100-51200.
– Superior dust- and drip-resistance enables worry-free shooting in harsh environments.
– An electronic viewfinder which utilizes Nikon’s superior optical and image-processing technologies to offer a clear and natural view.
– A large, 3.2-in., approximately 2100k-dot monitor with a tilting mechanism.
– Portions of the information display can be hidden with still-image shooting and video recording, allowing the preview of the scene and composition all the way to the edges of the frame.
– Simultaneous recording of time-lapse movies with interval timer shooting.
– A long-exposure manual (M*) mode that supports exposure times up to 900 s, convenient for shooting scenes that require long exposure time, such as starry skies.
– In-camera vibration reduction (VR) that provides camera-shake compensation equivalent to a 5.0-stop increase in shutter speed.
– With MF, users have the option to change the rotation direction of the focus ring.
– The camera’s firmware can be updated to the latest version via the SnapBridge app (Ver. 2.7) without using a computer or card reader.