A new Assassin’s Creed: Brotherhood has been released by Ubisoft showing the single player game. It features Ezio’s extended suite of killing moves within the new game and examples of gameplay, that look fantastic. 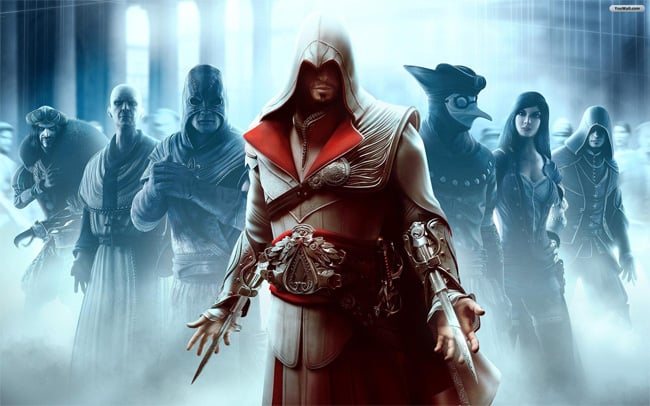 Ezio’s moves seem to be a lot more violent in this latest sequel compared to previous, with some very painful moves being shown on some unsuspecting guards. All accompanied by the sounds of Unkle’s Burn My Shadow Away.

Like the previous installments, the gameplay’s core mechanics are based on Parkour movements, crowd-blending stealth, assassinations and melee fighting system. However for the first time in the series, the game offers a multiplayer mode alongside 15 hours of singleplayer campaign.