Details of a new USB specification have been released that could make the new Thunderbolt connections look a little unpowered at just 10 watts. The USB Promoter Group has announced that the next generation of USB solutions could deliver up to as much as a 100 watts via a single USB cable.

100 watts of power could be used to power larger devices and would be enough to power a LCD monitor, printers or laptops without any trouble at all.  The new standard and been designed to coexist with USB Battery Charging 1.2 specifications, and is claimed to function just as well with old-school USB 2.0 connections as it does with those of the SuperSpeed USB 3.0 variety. 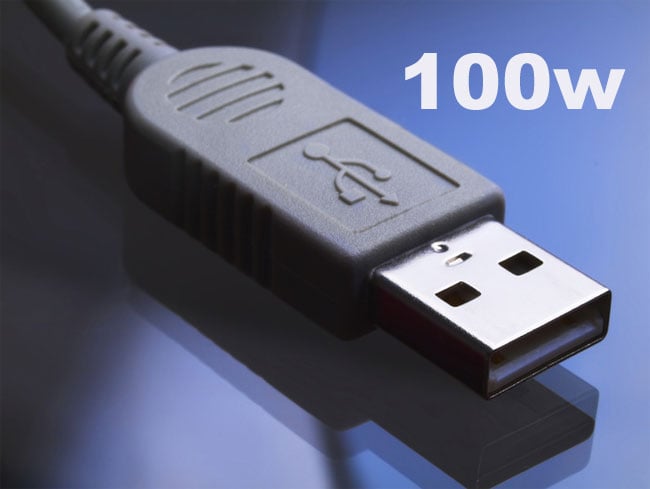 “Building on the rapidly increasing industry momentum for using USB bus power to charge a broad range of mobile devices, the new USB Power Delivery specification extends USB’s cable power delivery capabilities beyond simple battery charging,” – “For example, charging the battery of a notebook PC, or simply powering that notebook PC while actively using the USB data connection, would be possible. Conceivably, a notebook PC could rely solely on a USB connection for its source of power.”