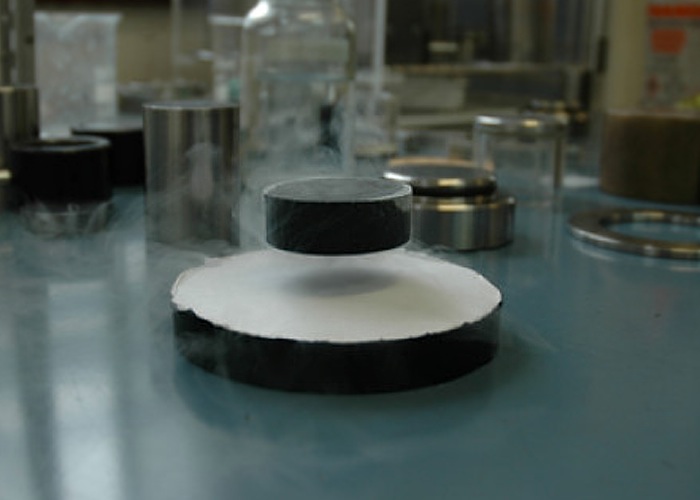 Researchers from the University of Cambridge have managed to set a new superconductor world record this month, by trapping a magnetic field with the strength roughly 100 times stronger than a typical fridge magnet.

In a high temperature gadolinium barium copper oxide (GdBCO) superconductor with roughly the same volume as a golf ball, breaking the record that has stood for more than a decade.

“Superconductors are materials that carry electrical current with little or no resistance when cooled below a certain temperature. While conventional superconductors need to be cooled close to absolute zero (zero degrees on the Kelvin scale, or –273 °C) before they superconduct, high temperature superconductors do so above the boiling point of liquid nitrogen (–196 °C), which makes them relatively easy to cool and cheaper to operate.”

The new research demonstrates the potential of high-temperature superconductors for applications such as in high-speed levitating monorail trains. As well as flywheels for energy storage, ‘magnetic separators’, which can be used in mineral refinement and pollution control. Professor David Cardwell of Cambridge’s Department of Engineering, who led the research explains :

“The fact that this record has stood for so long shows just how demanding this field really is,”-“There are real potential gains to be had with even small increases in field.”-“This work could herald the arrival of superconductors in real-world applications,”

“In order to see bulk superconductors applied for everyday use, we need large grains of superconducting material with the required properties that can be manufactured by relatively standard processes.”

For more information on the new record breaking superconductor jump over to the Cambridge University website for details.