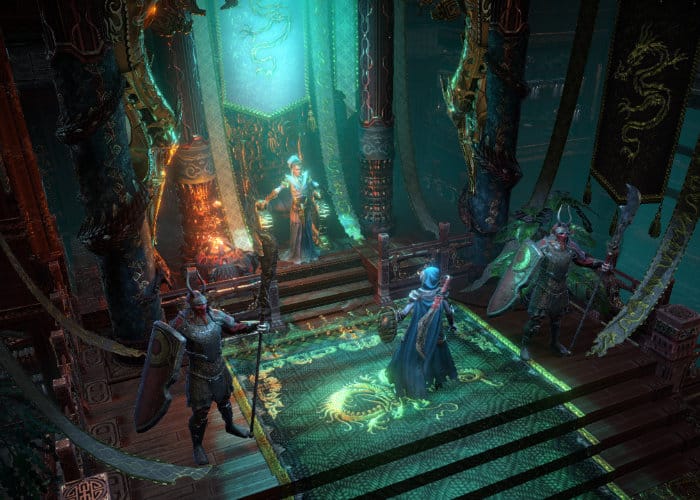 This week Kalypso Media and Games Farm have released a new trailer for their upcoming role-playing game Shadows Awakening. Providing a glimpse at what you can expect from the new adventure, with real-time tactical combat. Shadows: Awakening will be launching August 31st 2018 and will be available to play on Xbox One, PlayStation 4 and PC systems.

The latest game provides a new chapter in the Heretic Kingdoms saga and offers a single player game with over 150 enemies and almost 60 boss fights to encounter. The game is now available to pre-order via steam granting you early access to the beta testing phase as well as additional benefits and perks including a legendary armour and weapon set, soundtrack and digital art book.

Check out the latest featurette trailer below to learn more about what you can expect from the new game when it launches in a few months time.

Features of the Shadows Awakening role-playing game include :

– A Tale of Two Worlds – In a parallel universe inhabited by demons and monsters; seamlessly switch between the Shadow Realm and the mortal plane and witness a gripping storyline in a world full of myths, destinies and legendary creatures.
– Unique Party System – multiple characters in one demon, each retaining their own personalities with internal dialogues, rivalries and communication between the characters.
– Wide variety of Skills and Characters – Choose from 3 heroes, each with their own personal storylines, quests and dialogues. Consume the souls of 14 playable characters, each with their own unique skillsets, like Kalig the Bandit King and Evia, Daughter of Fire.
– Tactical Real-Time Combat – Combine the skills of your various characters to maximize the effects of your devastating skills and spells.
– Extensive Gameplay – 20+ hours for a single playthrough, but with substantial options for replayability which accumulate to 60+ hours for the full experience.
– Challenging Puzzles – Complex puzzles are scattered throughout the game, and will take you through a vibrant set of locations, from rustic towns to the deepest and darkest of dungeons.
– Crafting and Looting System – Expanded crafting and looting system will let you use rewards to configure the ultimate adventurer.
– Fully Voiced – All dialogues are fully narrated, including actors like Tom Baker