It looks like there is a new Samsung Galaxy J8 smartphone on the way, the handset recently appeared in some benchmarks. The device with the model number SM-j800FN recently turned up on the GeekBench benchmarks.

The benchmarks have revealed some of the specifications on the new Samsung Galaxy J8 smartphone, these include Android 8.0 Oreo. 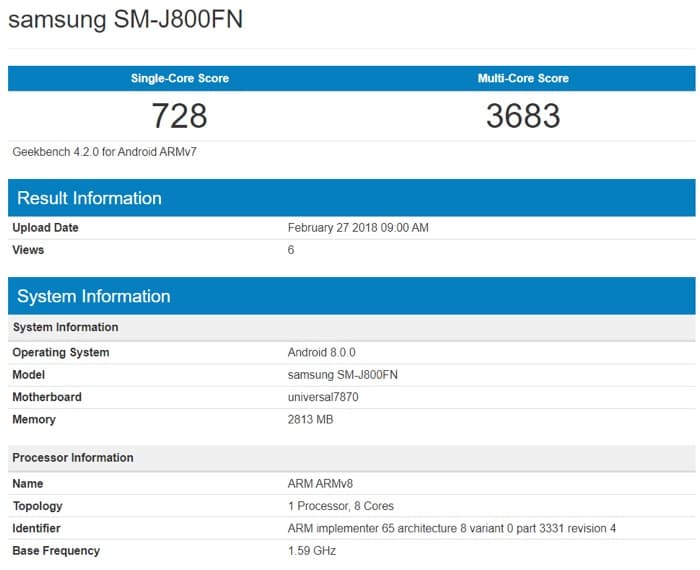 The handset is listed with a Samsung Exynos 7870 mobile processor and 3GB of RAM, those are the only specifications that have been revealed so far. The benchmarks show a single core socre of 728 and a multi-core score of 3683.

As yet there are no details on when the new galaxy J8 smartphone will launch. As soon as we get some more information on the handset, including some picture of the device and a full list of speifications, we will let you guys know.