Yesterday it was rumoured that Samsung was preparing to launch a new Samsung Chromebook 2 laptop featuring a faux-leather finish? Today those rumours have been put to rest and Samsung has officially announced the launch of two new Chromebook 2 laptops.

In the form of 11.6 and 13.3 inch Samsung Chromebook 2 systems, check out the full specifications for both the new Chromebook 2 laptops after the jump. 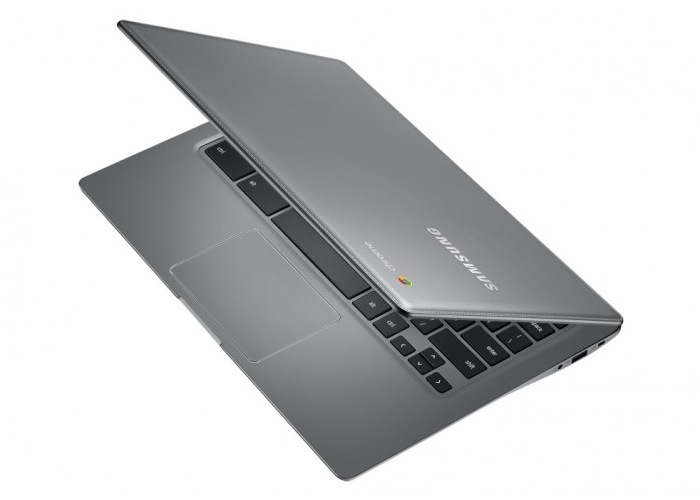 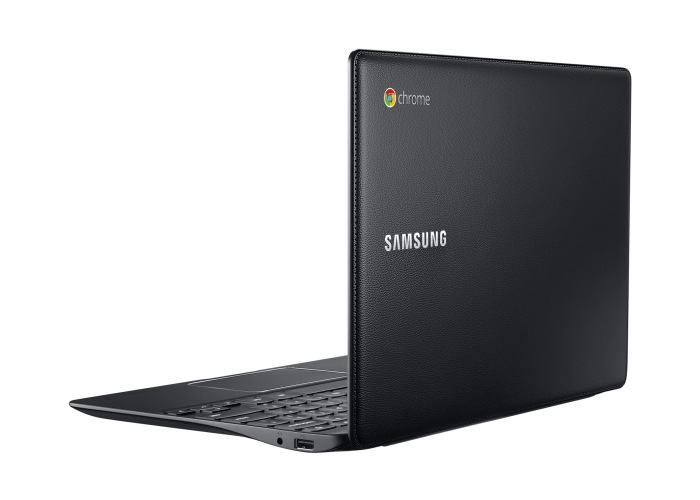 “Chromebooks update automatically, ensuring users always have the most recent technology and security features without needing to think about it. Also, when you use a Chromebook, all your information and files are saved, encrypted to your account. This makes it easy and safe for family members or students to share a device, or switch between devices.”

Samsung has priced the 11.6 inch model at $319.99 and the larger 13.3 inch model at $399.99 and both will be available to purchase from April 2014 onwards. For more information on the new Samsung Chromebook 2 laptops jump over to the Samsung website for details. 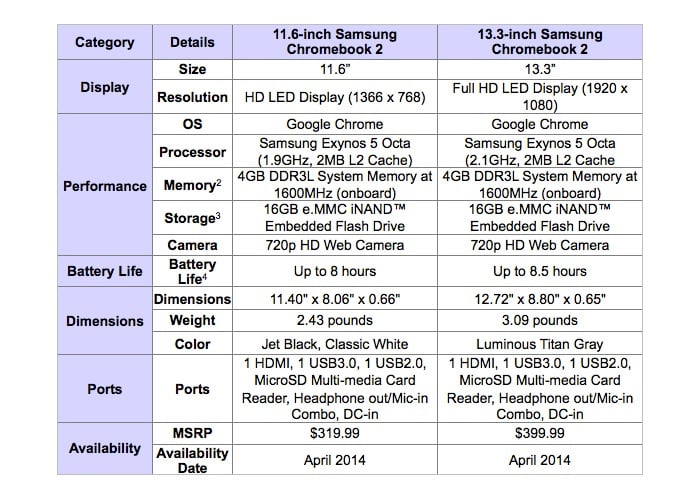