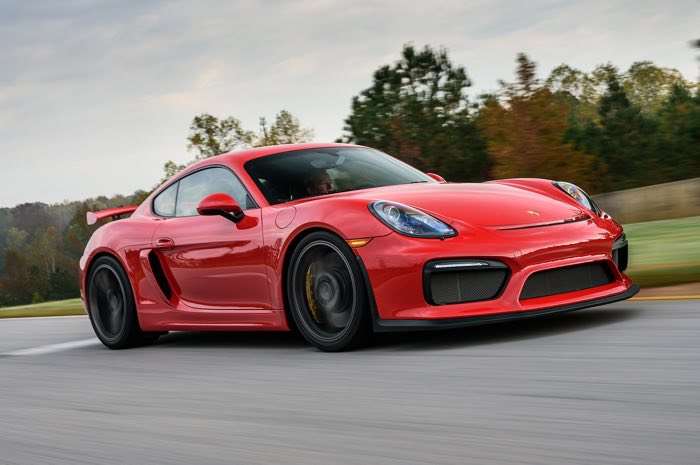 The current Porsche 718 Cayman comes with turbo charged engines and there has been speculation that the new Porsche Cayman GT4 would also come with a turbo.

Porsche has now confirmed that the new Porsche Cayman GT4 will come with a naturally aspirated flat six engine.

The news was confirmed by the head of GT development at Porsche, Andreas Preuninger, you can see what he had to say about the new GT4 below.

“Natural aspiration is one of our main USPs,” said Andreas Preuninger, head of GT car development at Porsche.

“At Motorsport, we think we can achieve throttle response and immediacy a little bit better with an atmospheric highrevving engine than any kind of turbo.” He also confirmed there are no plans to create any four-cylinder GT cars.

It also looks like the new Cayman GT4 will come with a choice of transmission, there will be a manual version and also an automatic version with Porsche’s PDK box.

As yet there are no details on when the new Porsche Cayman GT4 will launch, as soon as we get some more information, we will let you guys know.