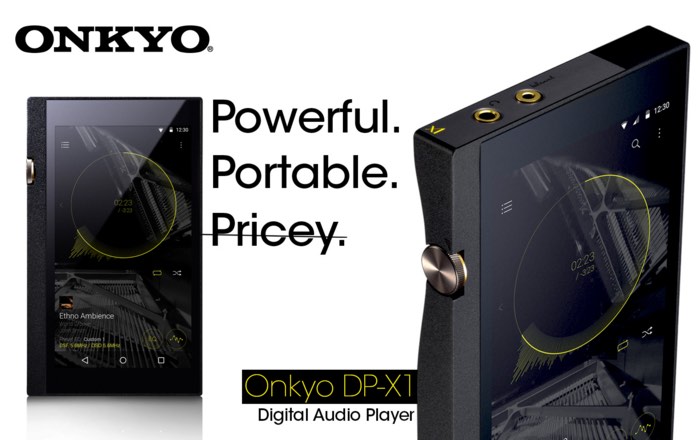 Onkyo is currently in the process of preparing to launch a new addition to their range of digital audio players in April of this year in the form of the Onkyo DP-X1 which has been fitted with two digital-to-analog converters (DAC) and two amps.

The new design has been created to provide users with balanced headphone output for greater power and control and supports high resolution digital music playback in WAV and FLAC formats.

The DP-X1 has been built to support as many audio formats as possible. Maxing out at 11.2MHz DSD support, the DP- X1 also supports up to 384kHz/24bit audio, with support for WAV, FLAC, ALAC, AIFF, says Onkyo who explain more.

Features of the Onkyo DP-X1 include :

– Dual SABRE DACs & Amps
– Standard Balanced and Active Control Ground (ACG) Modes
– 2.5mm 4 Pole and 3.5mm 3 Pole Output
– Physical Buttons for Quick Music Control – No Need to Turn On Screen
– Support for up to 432GB of Storage
– Support for MQA
– Based on Android OS and access to Google Play

The Onkyo DP-X1 is expected to be officially launched during April 2016 and will be priced at $900. AS meow details are announced regards a confirmed launch date we will keep you updated. In the mean time jump over to the Onkyo website for full specifications via the link below.