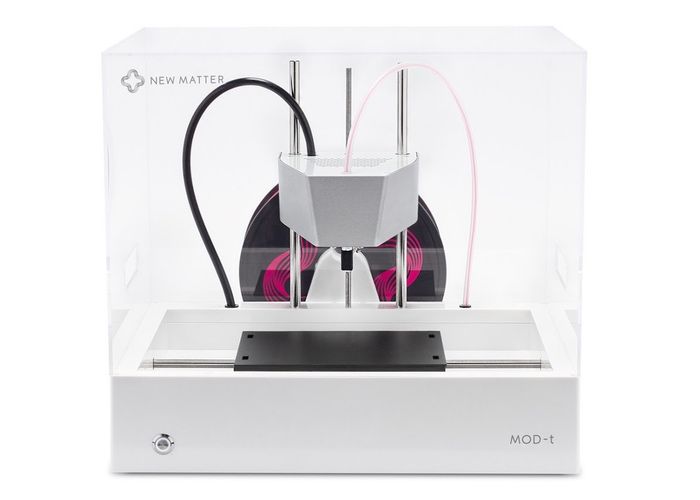 New Matter has announced this week the launch of its new MOD-t 3D printer that is now available to purchase priced at $399, after successfully raising the required funding via Indiegogo to take the concept to production a year ago. Raising over $600,000 in the process.

The MOD-t 3D printer has been specifically designed to be the most user-friendly printer currently available and is available at a very competitive price when compared to other 3D printers currently on the market.

Features of the new 3D printer include the ability to print wirelessly directly from your computer or mobile device. As well as providing a build volume measuring 150 x 100 x 125 mm in size. The machine supports both Windows and Mac computers and has a nozzle diameter of 0.4mm.

3D printing should be as easy as how we create and communicate. That’s why New Matter is more than just a printer. It’s an end-to-end 3D printing system, including our breakthrough MOD-t 3D printer, complimentary software, and a store full of cool 3D-printable designs.

For more information on the New Matter MOD-t 3D Printer jump over to the official website for details.