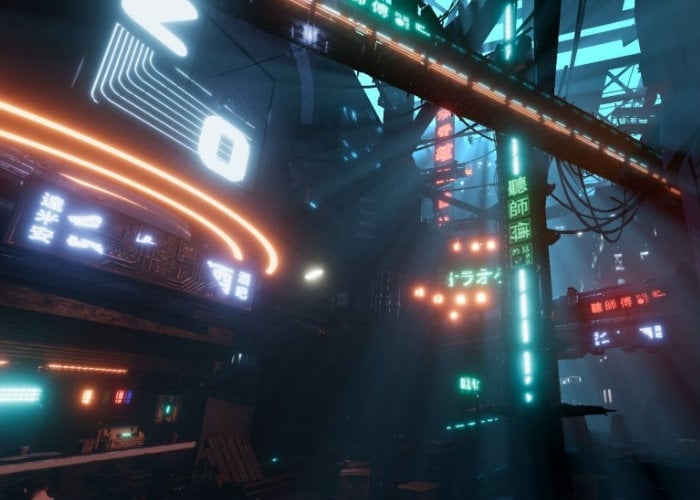 A new trailer has been released for the cyberpunk Low-Fi game currently underdevelopment and available to preorder for $35. Low-Fi is a massive open-world sandbox style adventure with action elements, with an emphasis on exploration and character driven storyline. Players are free to explore the city and explore further narratives or simply hang out in arcades.

Purchasing Low-Fi before release will give you immediate access to the development build access as well as access to the final release on the VR platform of your choosing upon release. Currently the game is compatible with Oculus Rift, SteamVR and Windows MR headsets.

“A next generation virtual reality simulation in which you as the player patrol the streets (and the skies above them) solving mysteries, fighting crime, or giving in to corruption. The choice is yours.”

“As the player, you are “low-fi”, the street name given to those who cannot merge with the platform, a ubiquitous virtual reality simulation where most of the population now live their lives. You are a police officer and have been transferred to a particularly crime ridden section of city-block 303. The only inhabitants of note in your jurisdiction are other low-fi, and the human intelligence (or lower) artificial life forms who have remained among the citizens after the AI singularity.”