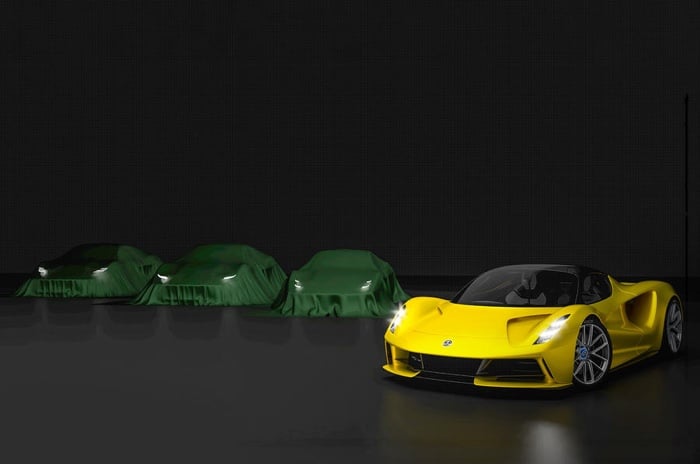 Lotus has announced that itr is working on a new range of sports cars that will replace the Evora, Exige and Elise range.

The sports car maker has revealed that it will end production of the Lotus Evora, Lotus Exige and Lotus Elise this year.

A new series of sports cars is confirmed, with prototype production of the Lotus Type 131 to commence this year from a world-class manufacturing facility in Hethel, Norfolk.

To acknowledge the forthcoming family of performance cars, Lotus has released an image that hints at the new generation of products that will follow Elise, Exige and Evora, which have entered their final year of production in 2021. A full programme of activities is planned to celebrate the current range of three sports cars, starting with the elder, the iconic Lotus Elise.

It will be interesting to see what Lotus has planned, the new Lotus Evija hypercar is one of the most interesting cars we have seen in the last few years, lets hope the other new models are as exciting.