Apple has yet to announce this, but the guys from 9 to 5 Mac managed to get their hands on a photo of one of Apple’s retail signs for the event, and like previous years the Apple retail stores and other stores will open at 8.00AM. 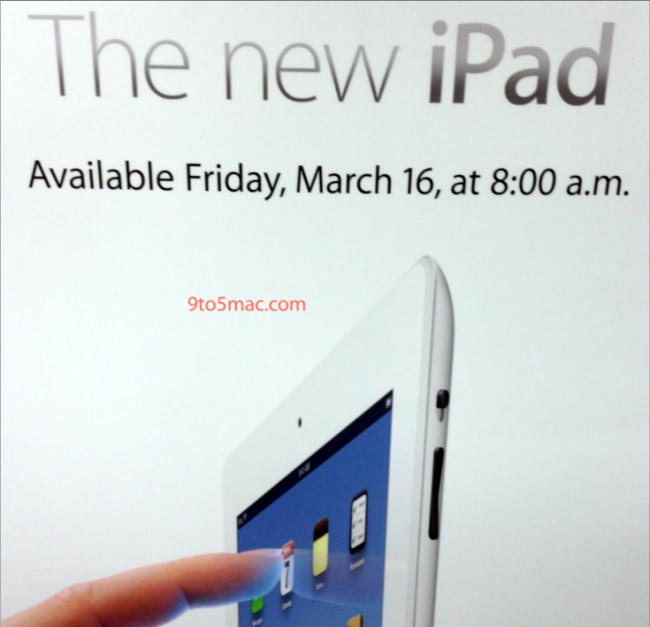 The opening time of 8.00 AM should be the same in local time at Apple stores around the world, and we suspect there will be very large queues for Apple’s third generation iPad, with a number of people reported to have already started queuing earlier in the week.