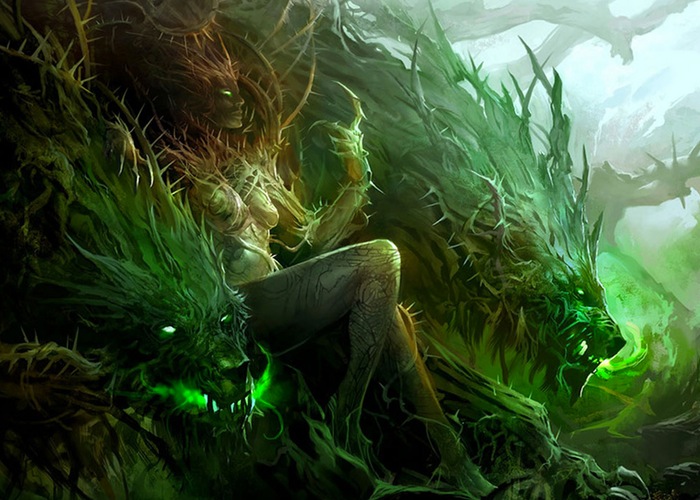 Gamers enjoying the Guild Wars 2 Living World story are sure to enjoy this new teaser trailer for the new release that provides a glimpse at the vines that will be waiting to entangle players as they adventure in the Season 2 story that started on July 1st.

The Guild Wars 2 Living World story has been created to provide the game with a sense of speculation, together with wonder, and intrigue within and around the world of Tyria and its characters.

Arenanet explain a little more about the functionality of the Guild Wars 2 Living World story within the gameplay and your character :

“Starting with Season 2, each new episode of Living World will use the same UI as your personal story. A green star will mark locations, and a green story UI in the top-right side of your screen will summarize the current step your character is on.

The gold star UI we previously used for Living World will only be used for holiday festivals in the future. When your character is actively on a Living World story step, you will have one single green star leading you to the next step in the world and the top-right UI will reflect that step, just like you experienced in your personal story from levels 1-80.”

“There are secrets hidden within the newly revealed area of Dry Top, just waiting to be discovered. Continue your adventures in the Maguuma Wastes and take a stand alongside your fellow heroes against an ancient, growing threat.”