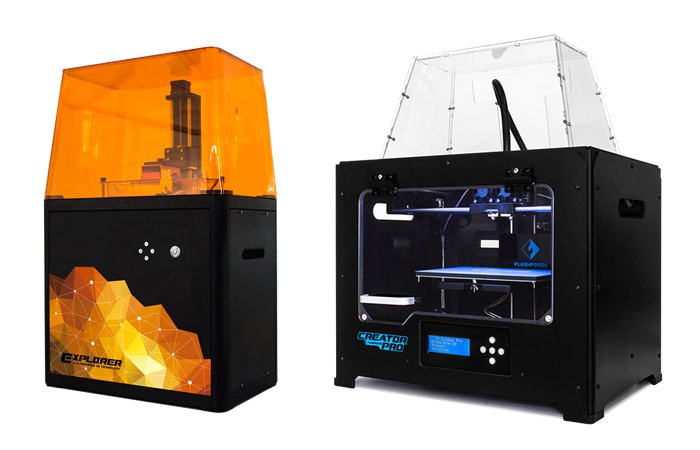 This month FlashForge has been showcasing three new 3D printers during the recent CES 2016 technology show, which have now launched and are available to purchase directly from the companies website in the form of the new Creator Pro, Guider II, and Explorer DLP 3D printers.

The new FlashForge Creator Pro 3D printer builds on the technology used in its previous open source system and now comes with a streamlined design that is constructed using a full metal frame.

Dual extruders allows you to print the color-interlaced object without pausing the print, and swapping next filament each time when a different color or material is needed. Creator Pro will simply call on corresponding filament when it needs. It also helps you to print clean and smooth hollow objects when the PVA or water-soluble filament is used as the support material.

The FlashForge Guider II also builds on technology used in the original industrial Guider and is now equipped with a larger print volume which has increased by 300 mm in height as well as receiving a new top cover and blue LED lampsAs well as enjoying improved precision says FlashForge.

The Flashforge Explorer DLP 3D printer (pictured top left) has been improved in its latest rendition and has now been equipped with an optical engine to provide improved light uniformity enabling the 3D printer to achieve resolutions as high as 1920 x 1080 pixels. For more details on all the new 3D printers added to the Flashforge range jump over to the official website where they are now available to purchase along with full specifications.